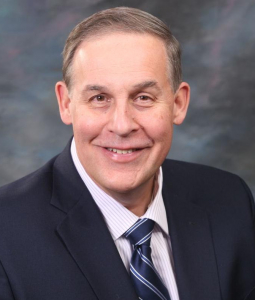 With gratitude and appreciation for his 14 years of service, the Omaha Presbyterian Seminary Foundation (OPSF) announces the planned retirement of its President, Rev. Dr. Gary Eller, effective December 31, 2021.

Dr. Eller began his service to OPSF on March 1, 2007. During his tenure, the organization has experienced profound change thanks to his ability to build connections and partnerships. “He has strengthened relations with the Presbyteries in the 13 state OPSF service area, developed greater ties with PCUSA seminaries and their leaders, and maintained an important voice within the Presbyterian Church (USA) as an active member of the Committee on Theological Education,” said Robert Meyer, OPSF Board Chair.

Under Dr. Eller’s leadership, OPSF has positioned its offerings to be more relevant to the needs of today’s clergy and congregations. His accomplishments include development of:

Dr. Eller received his M.Div. from Princeton Theological Seminary in 1977 and was awarded a PhD. in Religion and Personality from Vanderbilt University in 1988. He was ordained in the Presbyterian Church (USA) in 1978. He served as a Senior Pastor and Interim Pastor for over 25 years. In addition, he is an educator, lecturing at several local universities/seminaries, and a coach, mentoring many local clergy.

“The Omaha Presbyterian Seminary Foundation has benefited from Gary’s exceptional leadership in bringing change to the organization,” said Robert Meyer. “We have all benefited from his high intellect, his razor sharp wit, his friendly down to earth manner, and his unshakable belief in Jesus Christ. We thank him and wish him well.”

The search for his replacement will begin immediately. For more information, visit the President Search page.

The mission of the Omaha Presbyterian Seminary Foundation is to seek, develop and support excellence in Christian leadership though the Presbyterian Church (USA).